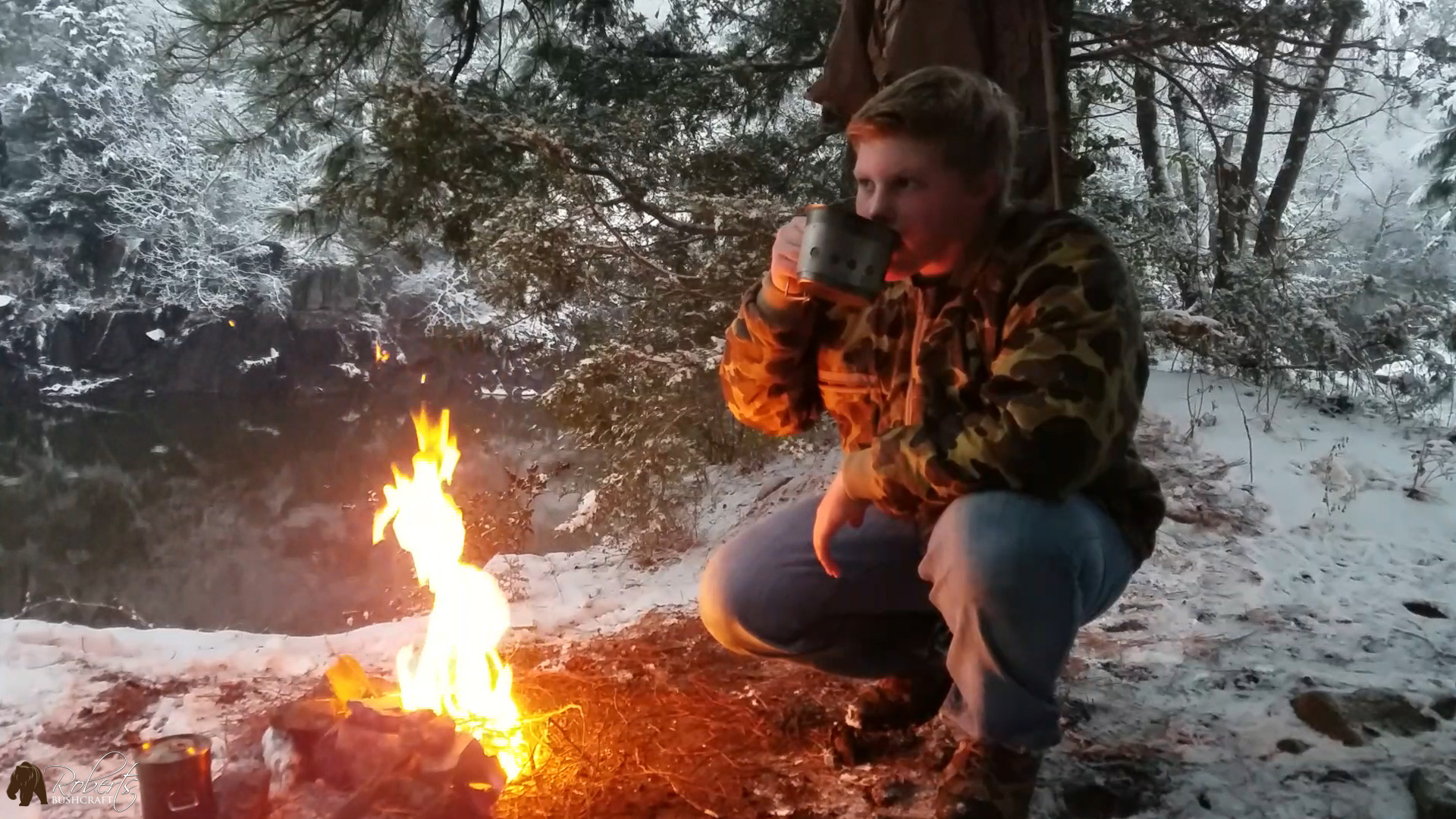 We drove down the snow covered road as the wind began to howl, harshly cracking and snapping limbs and trees. We knew we were at the one and only, Roanoke River.

As we began our hike down the snow covered trail it was as if a fragment of heaven had hit the earth. It was truly magnificent!

The tree limbs sagged heavy as snow continued to fall. We pushed on stopping here and there to take photographs of our adventure. On the trail we saw an owl soar from a nearby branch as we continued down and onward over a rocky side trail to our homely campsite.

The snow, still falling, was blocked by the coverage of the cedar and pine trees. Hanging my gear on a nearby tree I ventured off back into the freezing cold in search for firewood. I returned some time later with a fair pile of eastern red cedar wood, pieces thin and thick. I readied my tinder, scraped my Mora knife along my ferro rod, and showered the tinder bundle with sparks. Before my very eyes there was flame! It's warm red and orange glow lighted my face as I began adding twigs, bark, and eventually larger pieces. Out off the fire came welcomed warmth, light, and two very hot cups of black coffee.

As we gazed at the river and watched the snow fall it seemed that time stood still and flew by all at once. Daylight, smothered out by snow clouds and waning sun made way for darkness to rapidly fall upon us! Extinguishing our small fire was easy as we covered the remaining embers with snow.

We traveled through the snow and wind back to our truck only to find the doors frozen over. We pulled and tugged at the doors until they gave way, threw in our gear in and hit the road, disappearing in a huge whirl of snow never to be seen again! At least, not until the next time!