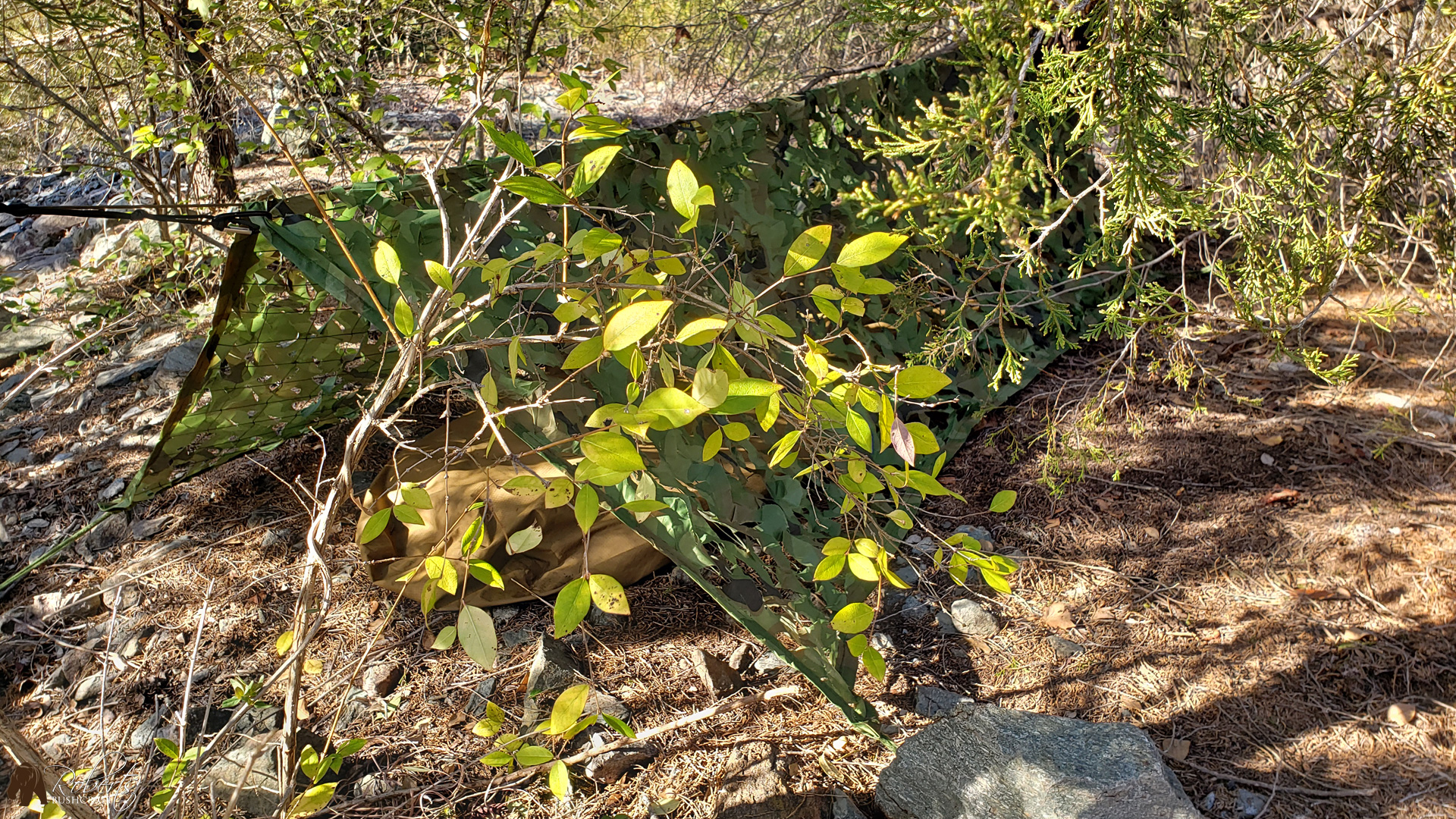 Stealth camping test setup and attack of the lens flare! Christmas 2019 brought us some new gear to play with. We took a chance on Vilead's woodland camo netting 5' x 6.5' from Amazon.com. So far we're pleased with it, it's cheap and lightweight. As mentioned in the video we quickly realized that we needed a bigger camo net to be able to close both the head and foot sections of our setups. Not being able to wait for a good weekend to head out and test our gear we decided to hike down to the Roanoke River and do a quick setup of the camo netting and bivy. 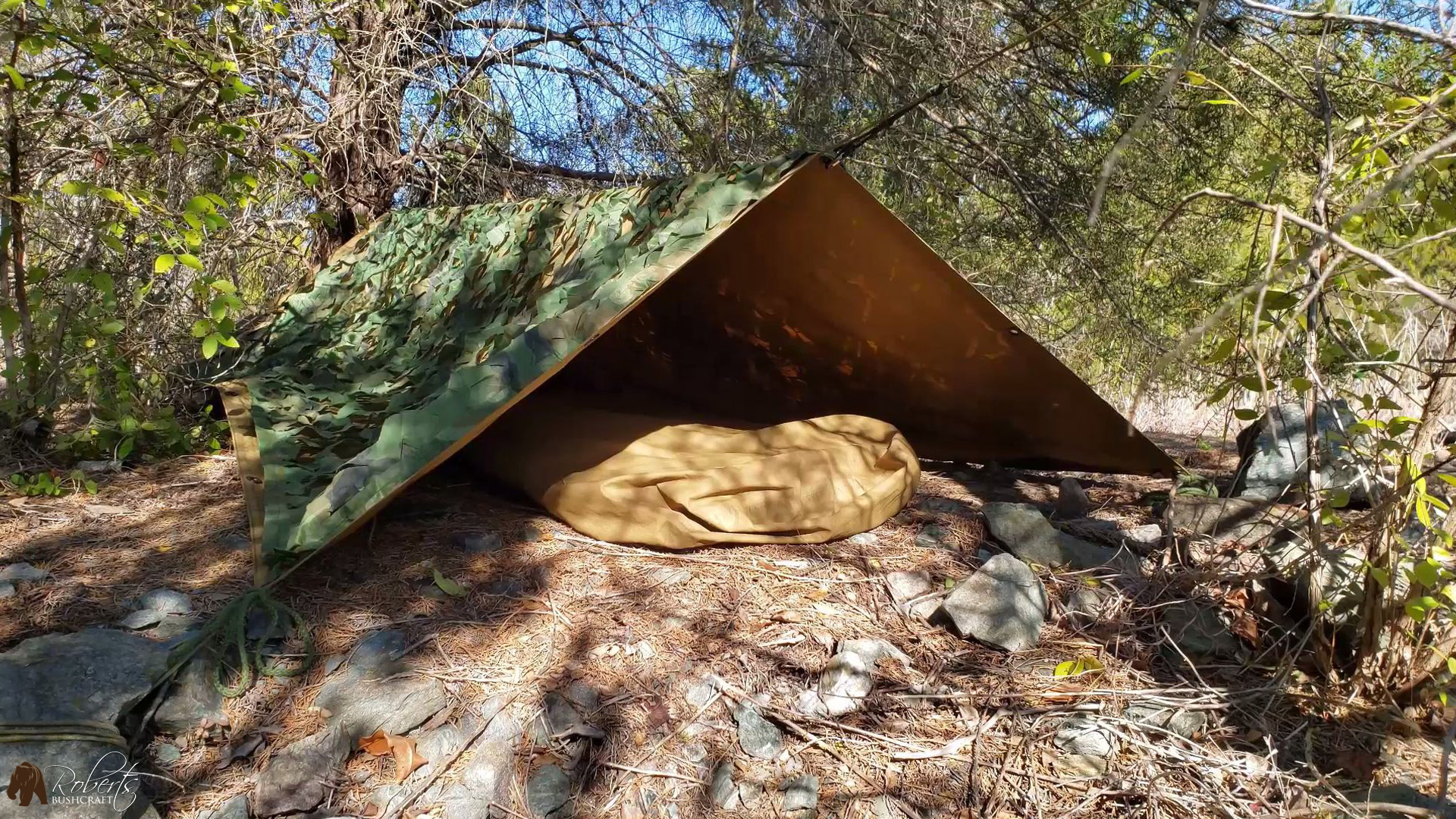 We have decided that rather than getting a single larger net we are getting another net in the dimensions that we already have. Putting two 5' x 6.5' nets together gives you 10' x 13' coverage where one of Vilead's larger nets gives you 6.5' x 13'. This also makes the nets a little more useful to us when hunting because we are not having to carry around the larger net. 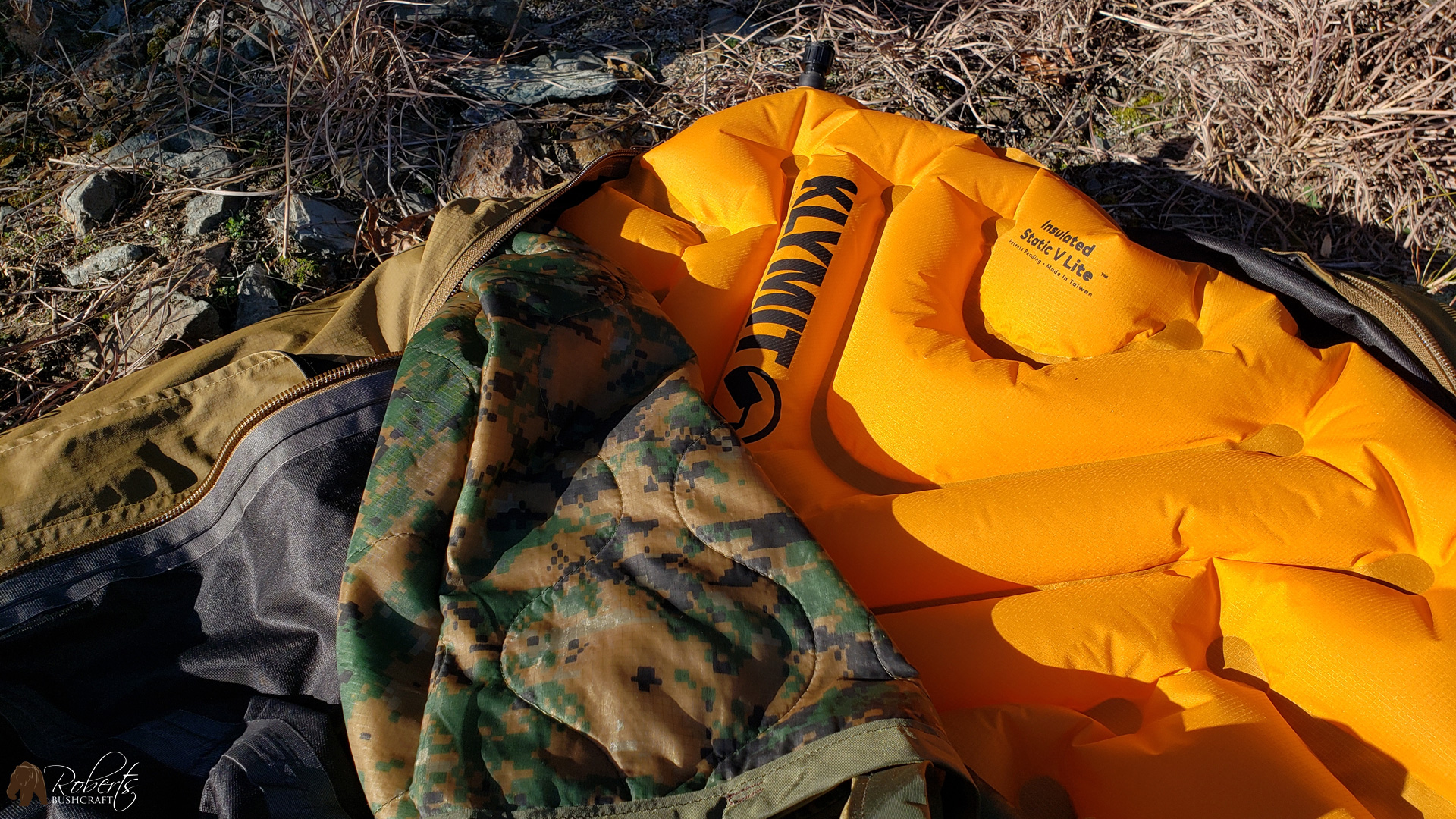 For this outing Dad decided on taking his Klymit Static V Insulated Sleeping pad. It weighs 19. 6 Ounces and packs down to 5" x 8". The inflated size measures out to 72" x 23" x 2. 5 and can be inflatied in 10-15 breaths. Easy to pack and it does not take up a large amount of room in the small USMC 3 day pack. 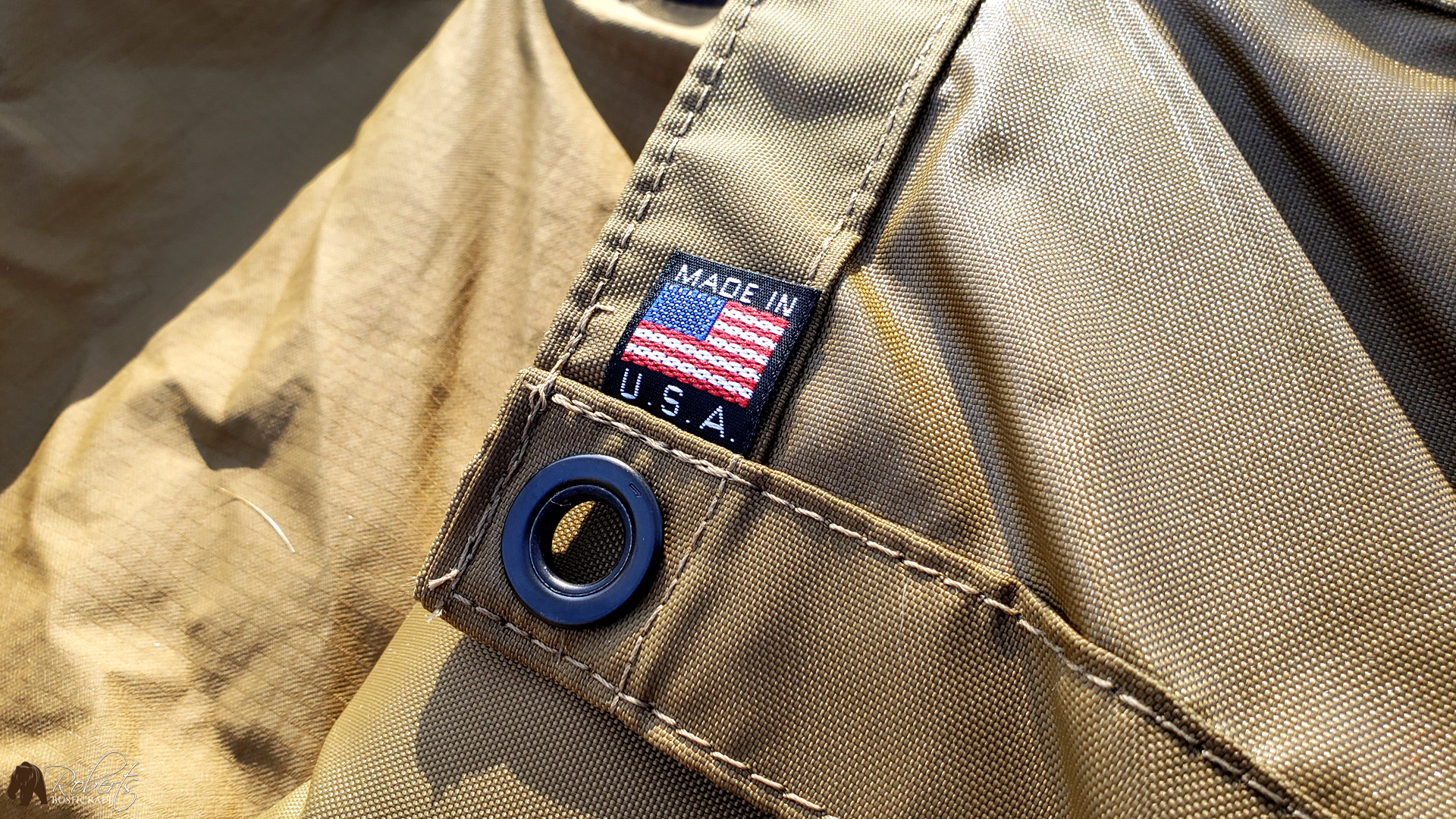 Dad is super excited about his new FIRE FORCE tarp. He chose coyote brown, loves the fact that it's made in the USA, and that it's one single piece of material! There are no seams that need taping or sealing. He chose the 5' x 7' tarp because he wanted this to be more of a bivy camp tarp/survival shelter than anything else. Plus FIRE FORCE didn't carry their larger tarps on Amazon.com. 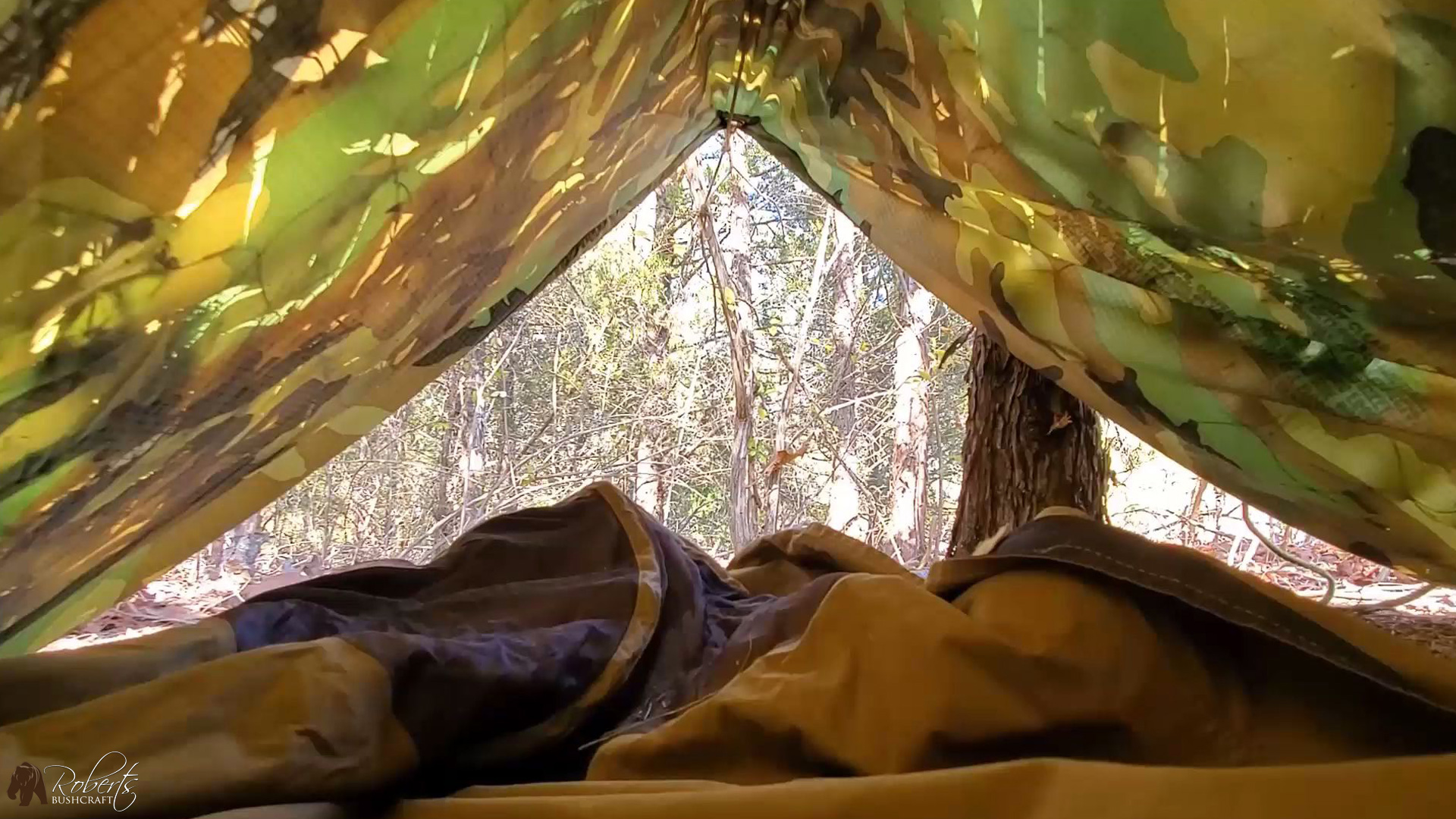 I decided to use my military poncho for my camo net test and I too want a bigger net for my stealth camping camo. The poncho is a piece of gear that I almost always have with me even though I have just about worn this one out. I've sewn the rips, ripped it again, sewn more rips and have applied a seeming ton of Seam Grip and it still does it's job of keeping me dry. 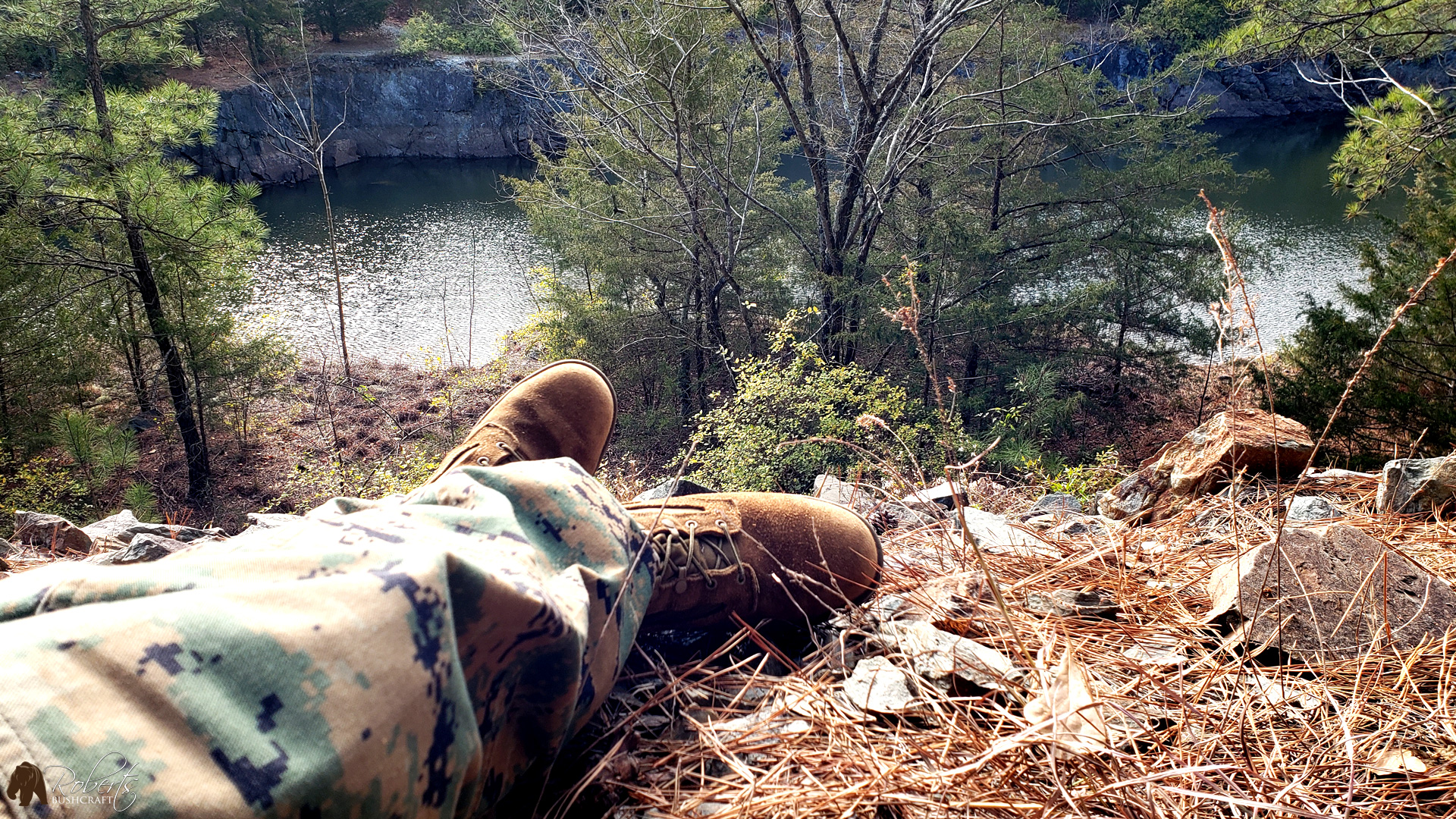 Dad loves to lay in the pine straw on sunny days. He often speaks of how he'd do this during some of his childhood days to keep the cold at bay and enjoy the sunshine while building his forts. 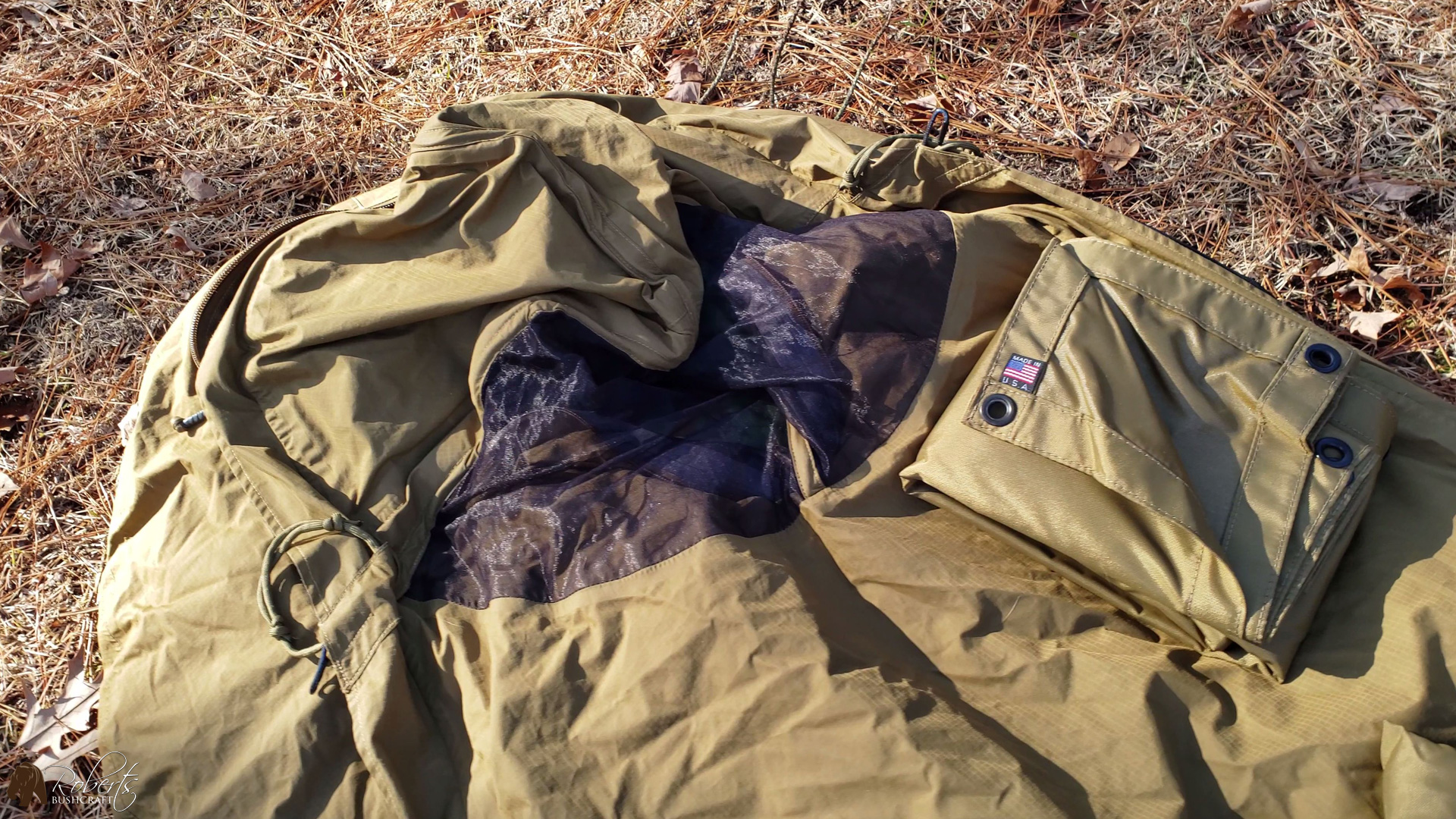 The USMC IBC (Improved Bivy Cover) is a fantastic piece of gear and really should be included in just about any bug out bag, INCH bag or survival kit. It is a true tactical shelter.

Dad was gifted a 3-Axis Gimbal Stabilizer for his phone and we're still tweaking a setting or two to get the best video stabilization possible. I think that some of the phone's microphone was slightly covered in the cradle so we'll need to see what we can do about that.