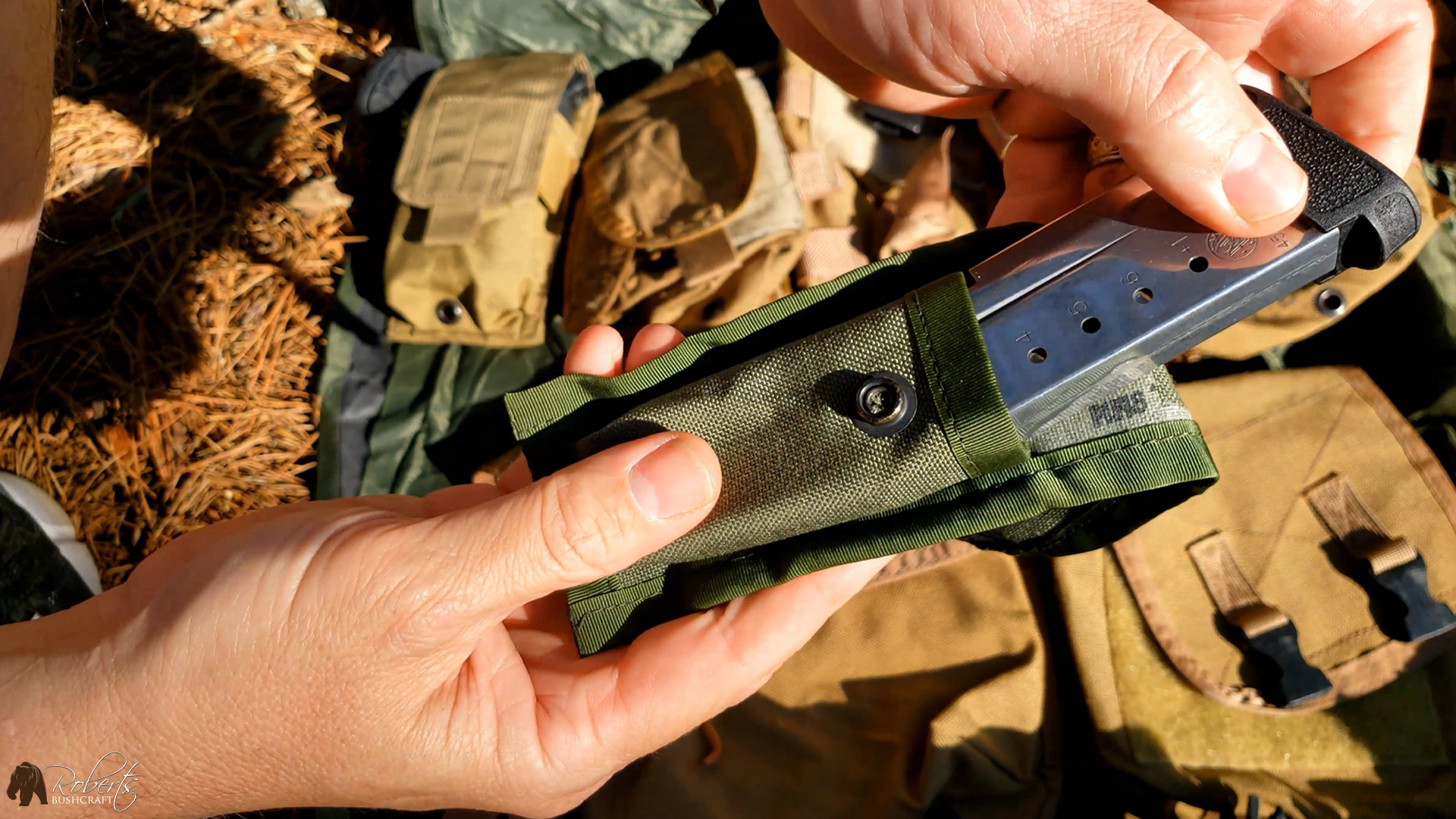 Over the years Dad and I have collected military surplus gear for many different reasons. One, we simply like the gear because it's awesome and looks cool. Gotta look cool, right?

Military surplus is goods and materials that are no longer needed by the military. To our advantage, this gear gets auctioned off and then sold by the buyers in military surplus shops, flea markets, pawnshops, yard sales, and many other places. This military gear is usually cheap (especially with pouches and small bags), reliable, and rugged. 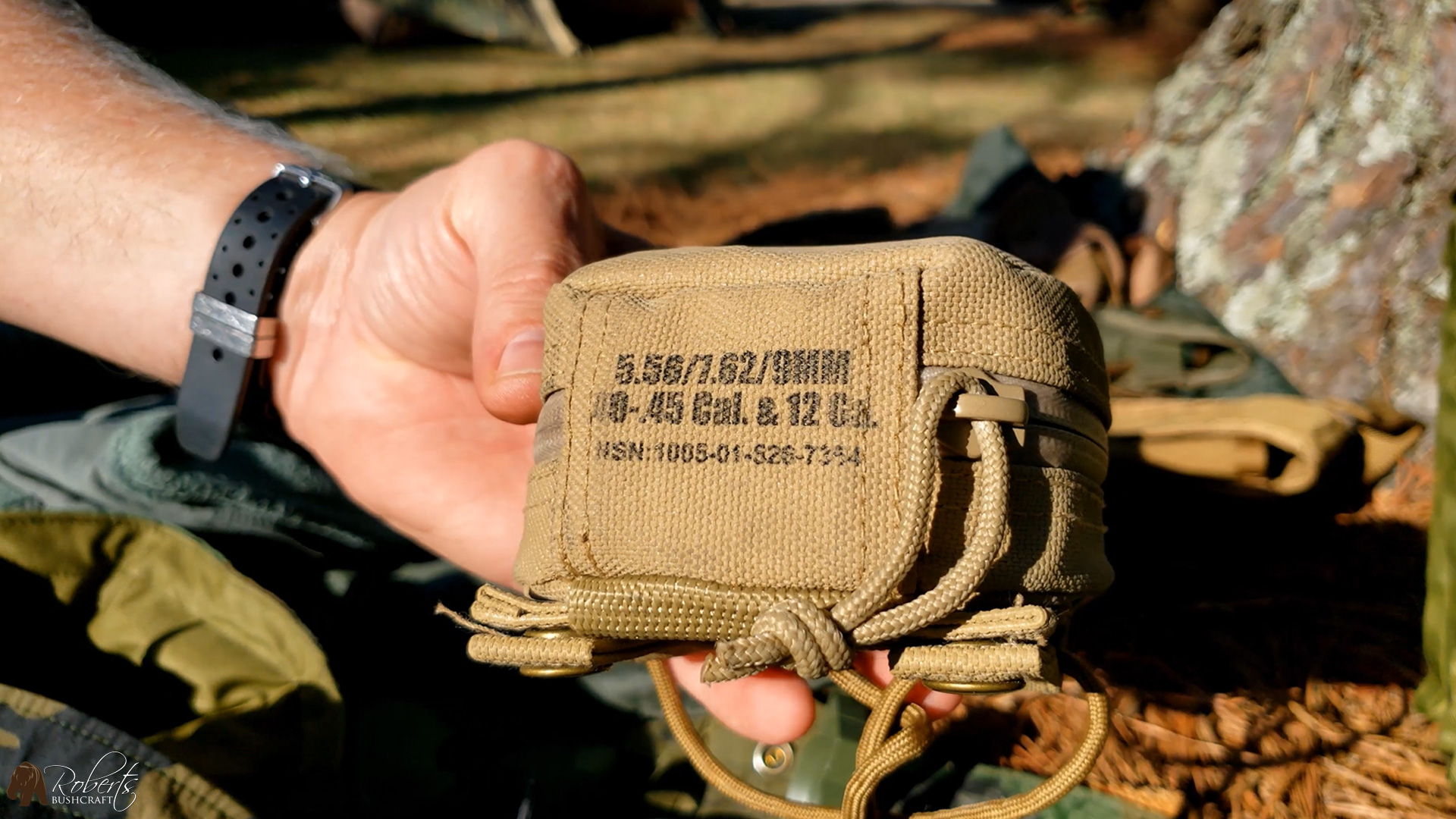 We use military surplus gear in our bushcraft and camping outings because we have confidence in knowing that if the gear we're using is good enough for the military it will certainly be good enough for the light-duty work that we put it through.  We love this type of gear because it has never failed us whereas some of the cheaper knock-off brand items didn't survive being removed from packaging. My collection began years ago (Dad's began DECADES ago) and I have collected a good amount of serviceable gear.

Some larger items such as the Eureka ICS (Improved Combat Shelter) 2000, MMSS (Military Modular Sleep System), and USMC IBC (Improved Bivy Cover) were given to me as Christmas gifts. A few of my items came from online sources such as eBay, Amazon, Sportsman's Guide, and others.  The main reason we have such an extensive supply of military gear is that we purchased most of it from a locally owned surplus store.  We'd go into the local surplus shop every other weekend and pick up a few pouches here, a few pouches there, along with other packs and boots, every other week for a few years.   If you can save a little and be patient you'll get something like what we have here. 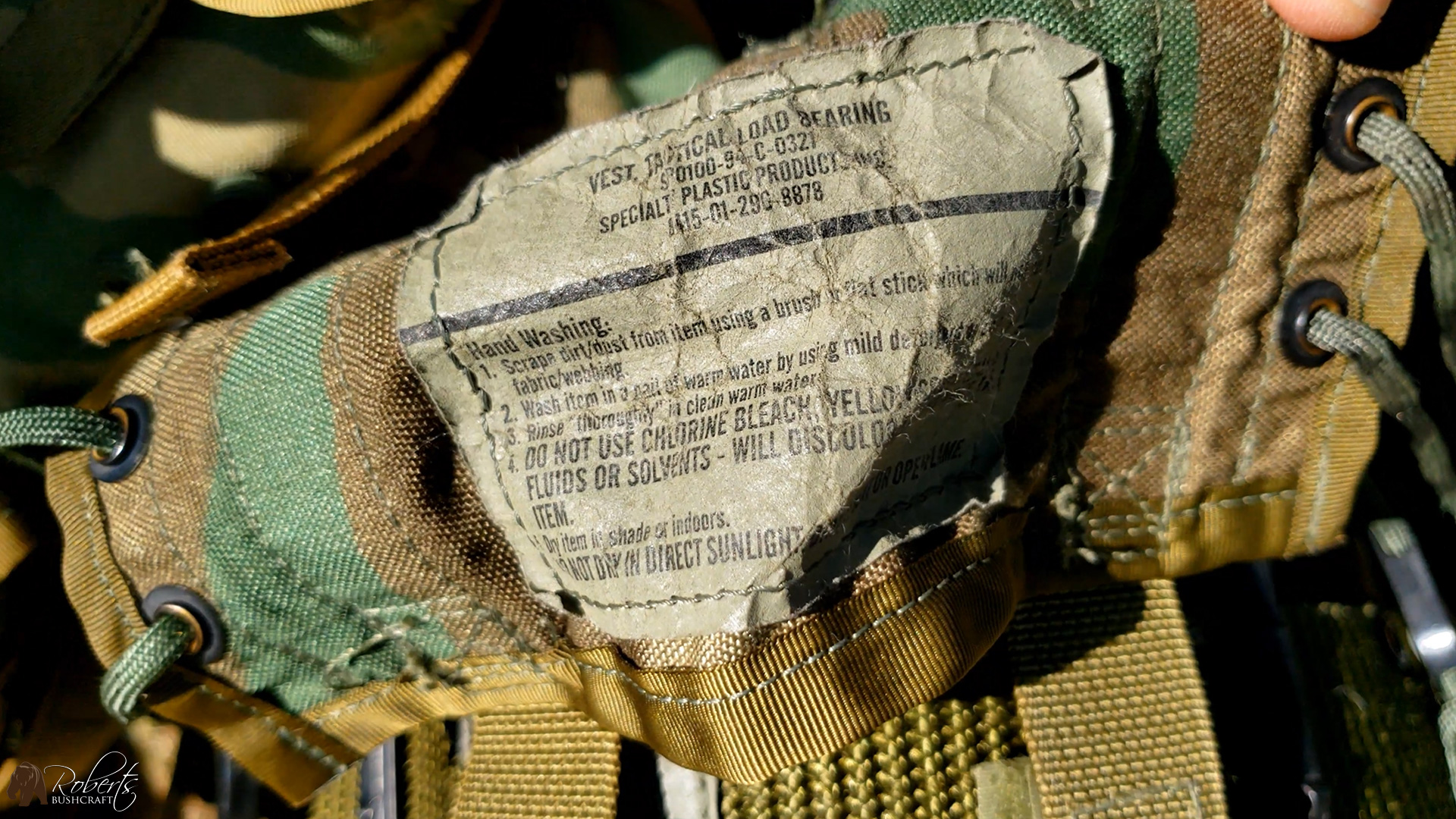 1. Military Surplus is Rugged - Everything that the military uses is going to be made of tough, resistant materials that are sure to stand up to anything you can throw at it. It’s held up to dirt and mud from our farm, a little snow and ice, and has even survived the rocks and sand from the banks of the Roanoke River.

2. Military Surplus is Cheap - Cheap is, of course, a subjective term. What is cheap to me is according to my parents an equivalent of a mortgage. That said, I think we can all agree that buying a barely used FILBE (Family of Improved Load Bearing Equipment) main ruck with straps and waistbelt for $85.00 is cheap. Dad even scored and MMSS in very good condition for $25.00. Both of these examples are from local shops, but, the point still stands that I think we can all agree that those are cheap prices compared to what you’d pay for them online. The prices of this military gear may vary from store to store, but generally, this gear is cheap and honestly, you get the best bang for your buck by choosing military surplus.

3. Military Surplus is Proven - Military gear has been through the worst, the harshest, most difficult of terrain and situations imaginable. And it still stands. Dad said a while back that this gear is designed to withstand the “throw, kick and rip it up” rage of the average 19-20 year old just getting settled into the USMC. The ruggedness is proven and the history behind this type of gear is untouchable.

4. Military Surplus is easy to use - The gear the military uses is meant to be simple, reliable and effective. To go back to Dad’s 19-20-year-old observation, some pieces of gear are easier to use than others. We both (Dad and I) had to watch the USMC video showing how to strap up the FILBE main ruck and frame several times before we “got it”. At least Dad did. I tend to catch on a little faster! All jokes aside, for the most part, this gear doesn’t seem to require a bachelor’s degree in science as a prerequisite to be able to use. We all like that!

5. Military Surplus are collector items - Vintage military surplus items make great display items and it is neat to compare what they used back then to what they use now. We often wonder what type of gear will replace the current issue. It’s fascinating to be able to see what the differences are from World War I to World War II, even on to Iraq and Afghanistan. Some items to fetch a premium price.

Some of my favorite pieces of gear in our collection includes the FILBE System, the Alice Pack, Bates Combat Boots, canteen and cup, Thermarest sleeping pad, and the Source Hydration 25l Carrier. I love all of this gear for various reasons but one common theme resonates throughout all of these items, tough gear for a good price. Military Surplus is the way to go!