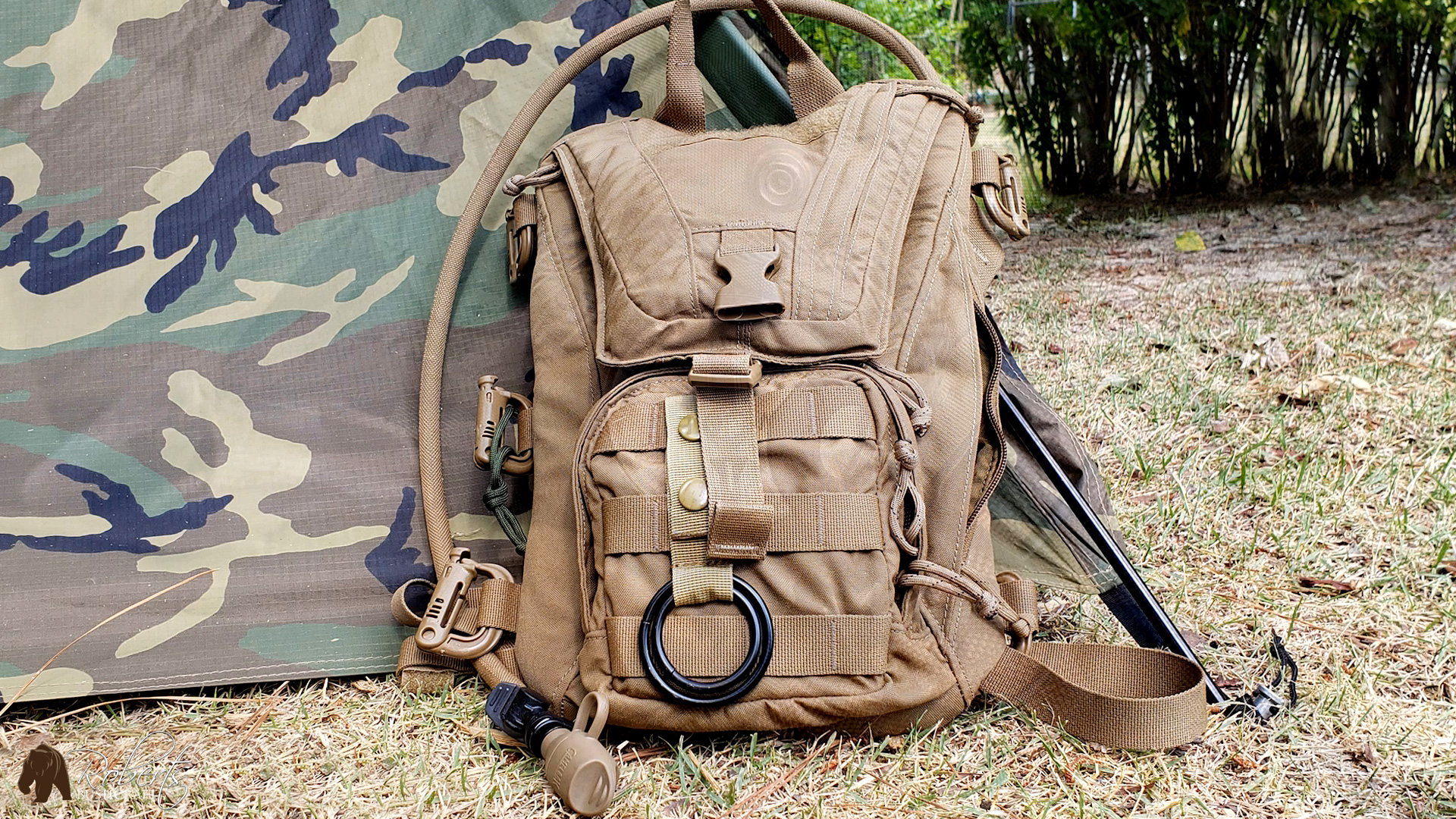 USMC FILBE Hydration Carrier is made in the USA and issued by the US Government to the United States Marine Corps. This particular hydration carrier is manufactured by Propper International and is part of the FILBE family of gear used by the United States Marine Corps. FILBE is an acronym that stands for Family of Improved Load Bearing Equipment (FILBE). 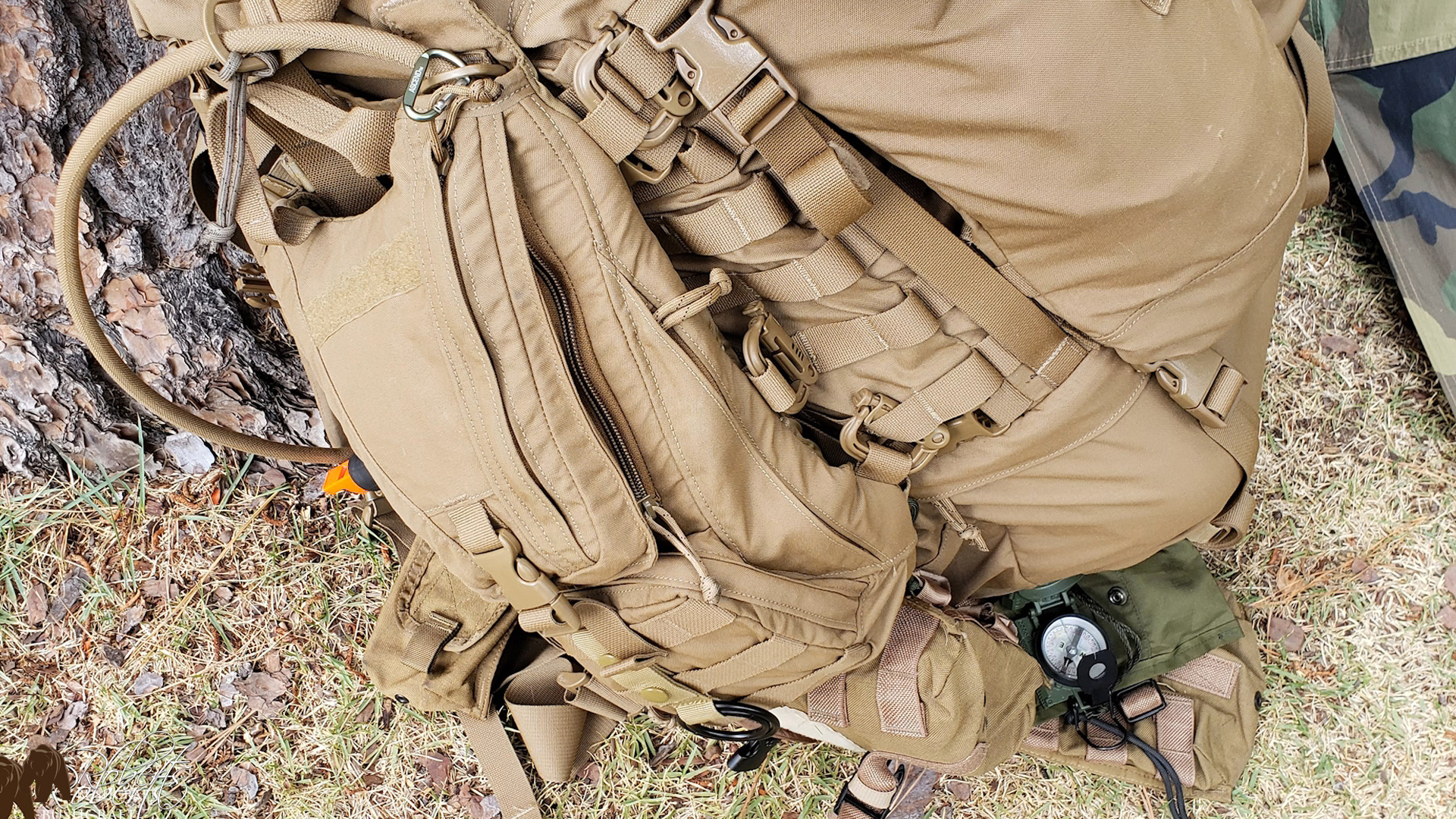 This pack can be attached to the FILBE main pack, worn independently as a day pack, or carried by the drag handle. Both the left and right side of the carrier have three (six in total) heavy-duty sewn-in nylon loops that allow the use of Grimlocs, D-rings and other devices for attachment. 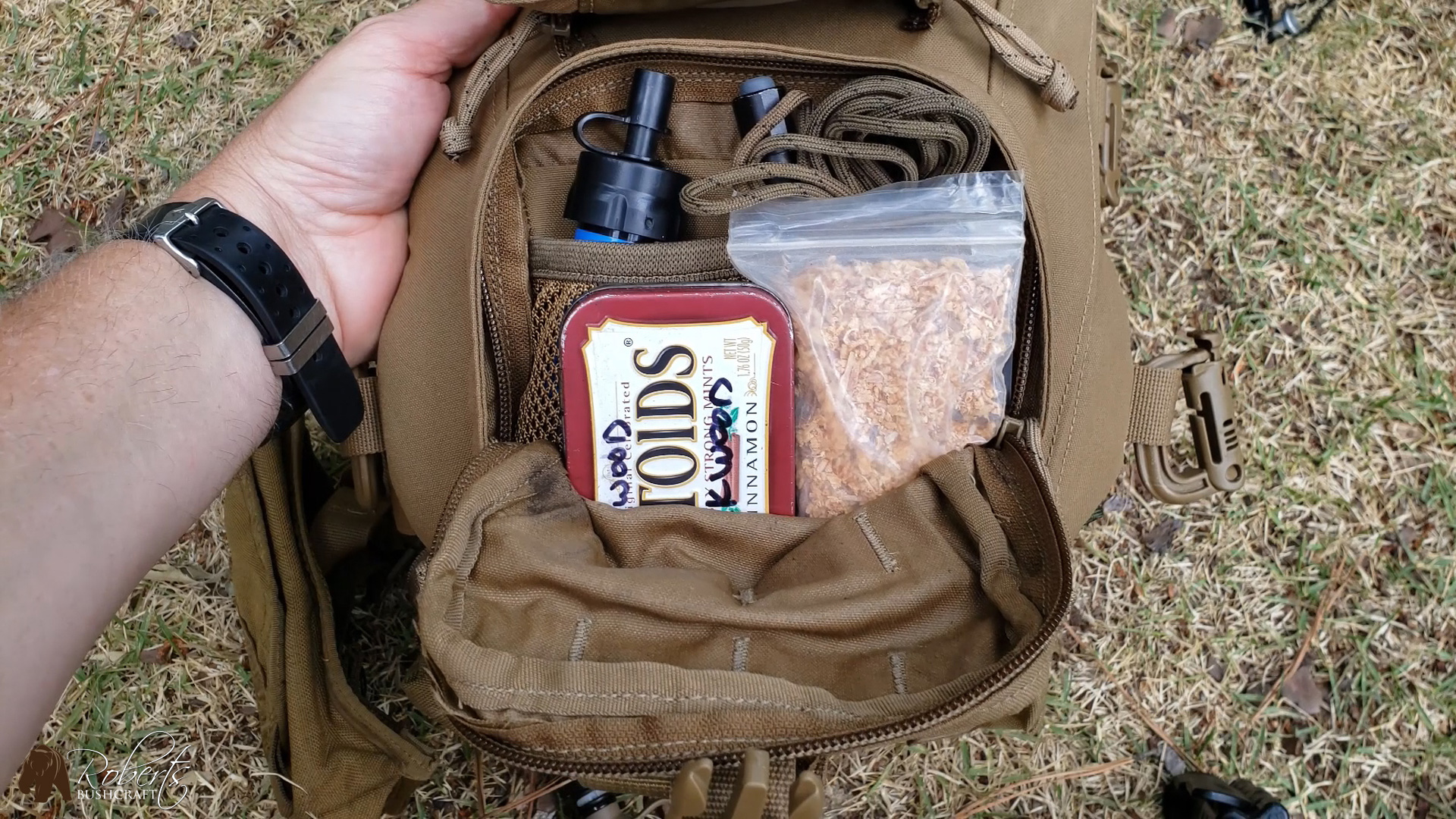 It features two zippered pockets, one on the top flap of the pack and one at the bottom. The divided mesh bottom pocket measures about 6" wide by 6" long and features MOLLE webbing that will allow more storage capacity by adding additional pouches and gear to this pack. 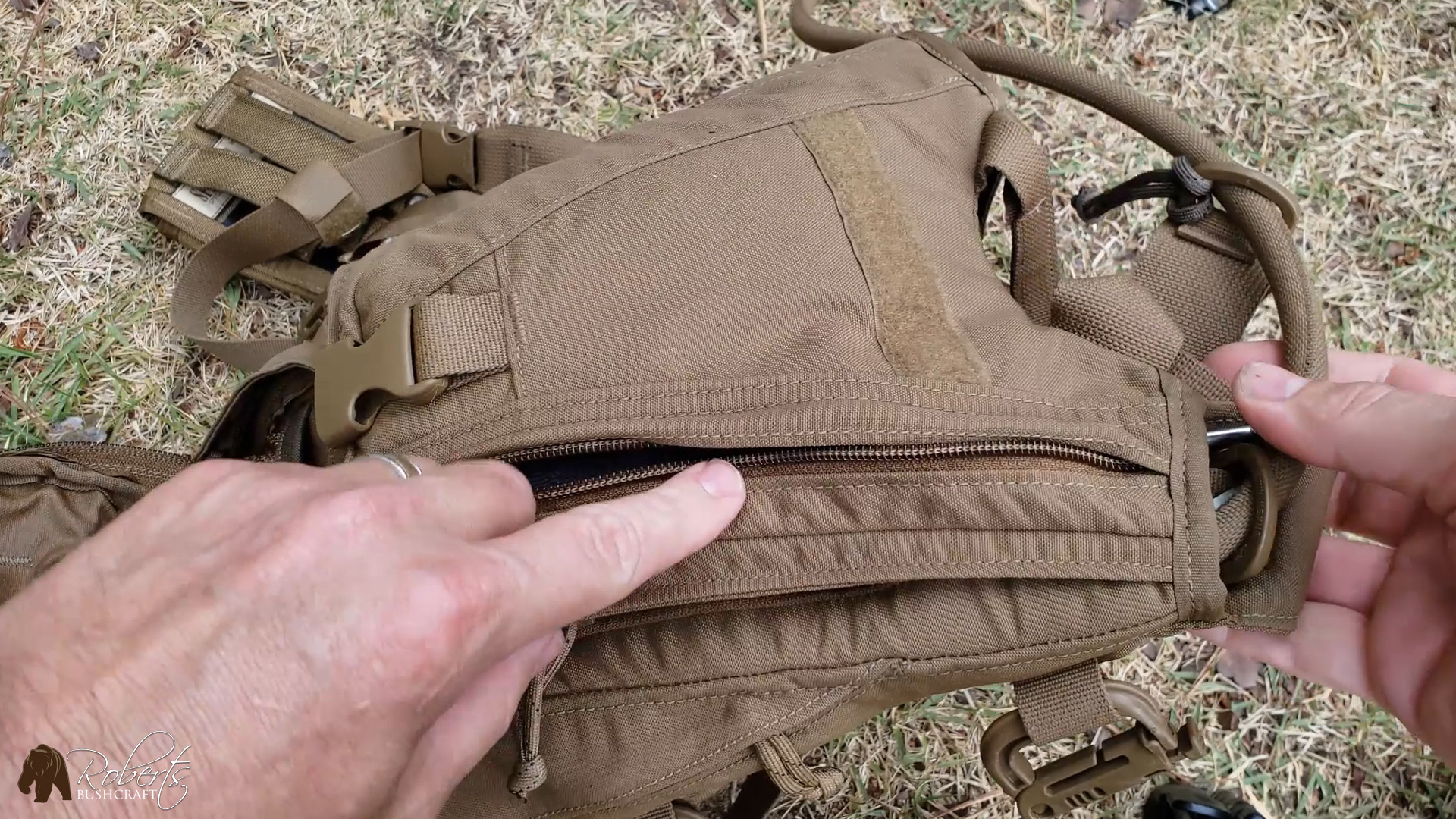 The top flap is zippered on both left and right sides and is additionally secured in place with a buckle that is attached to the bottom pocket. The shoulder straps are rather plain but both, along with the sternum strap, are fully adjustable. 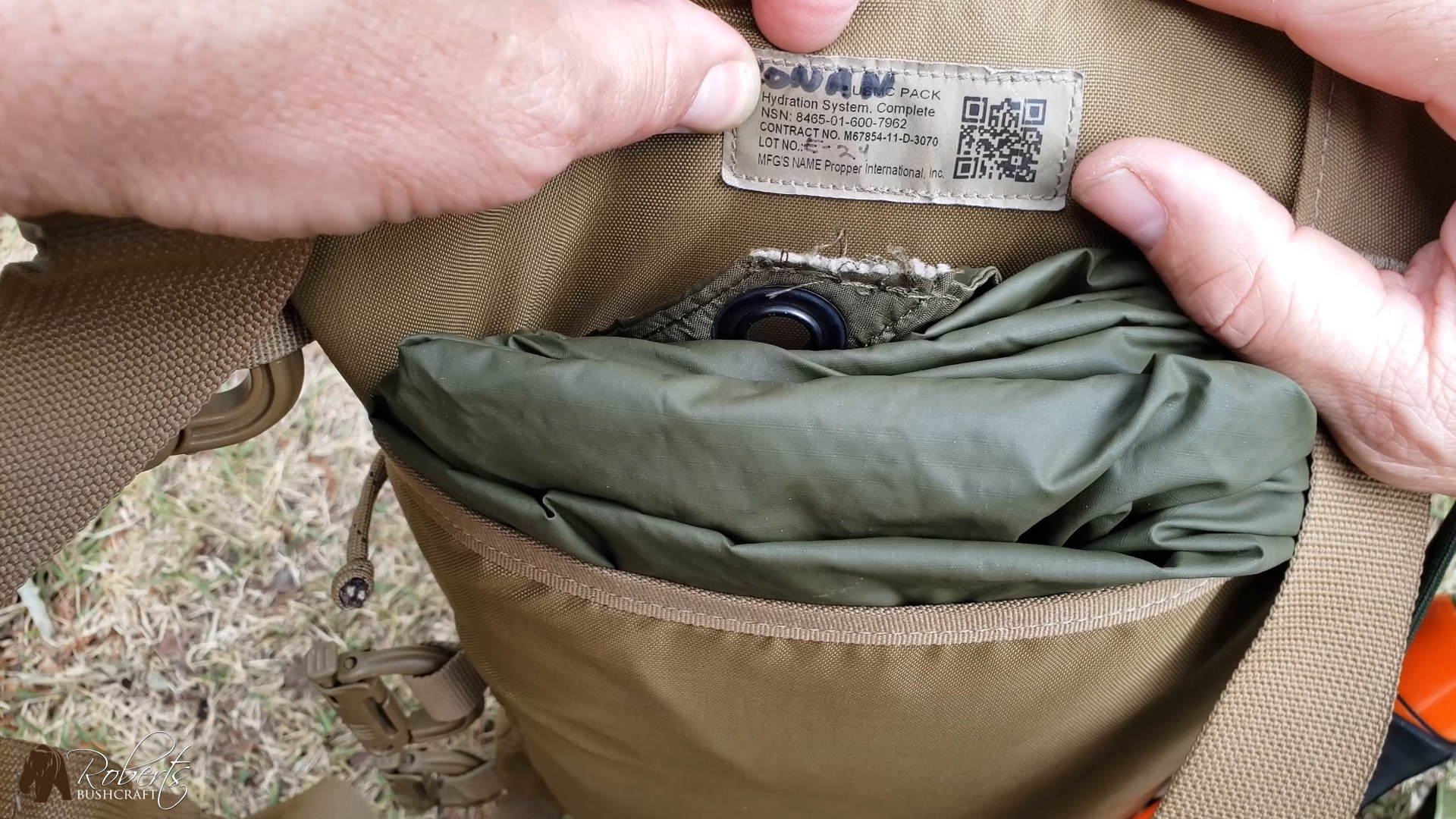 The back pocket is large enough for a neatly folded military poncho. 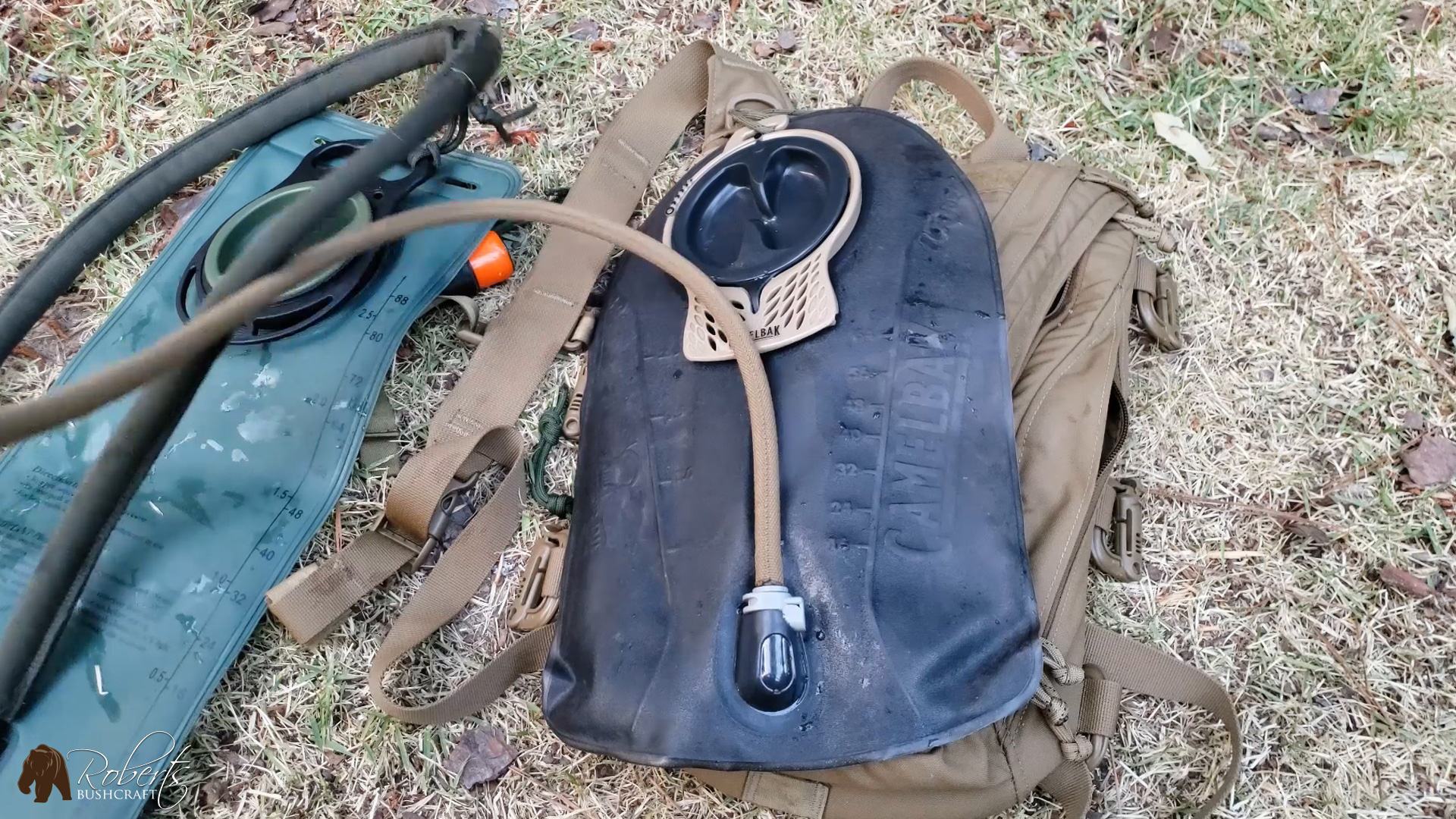 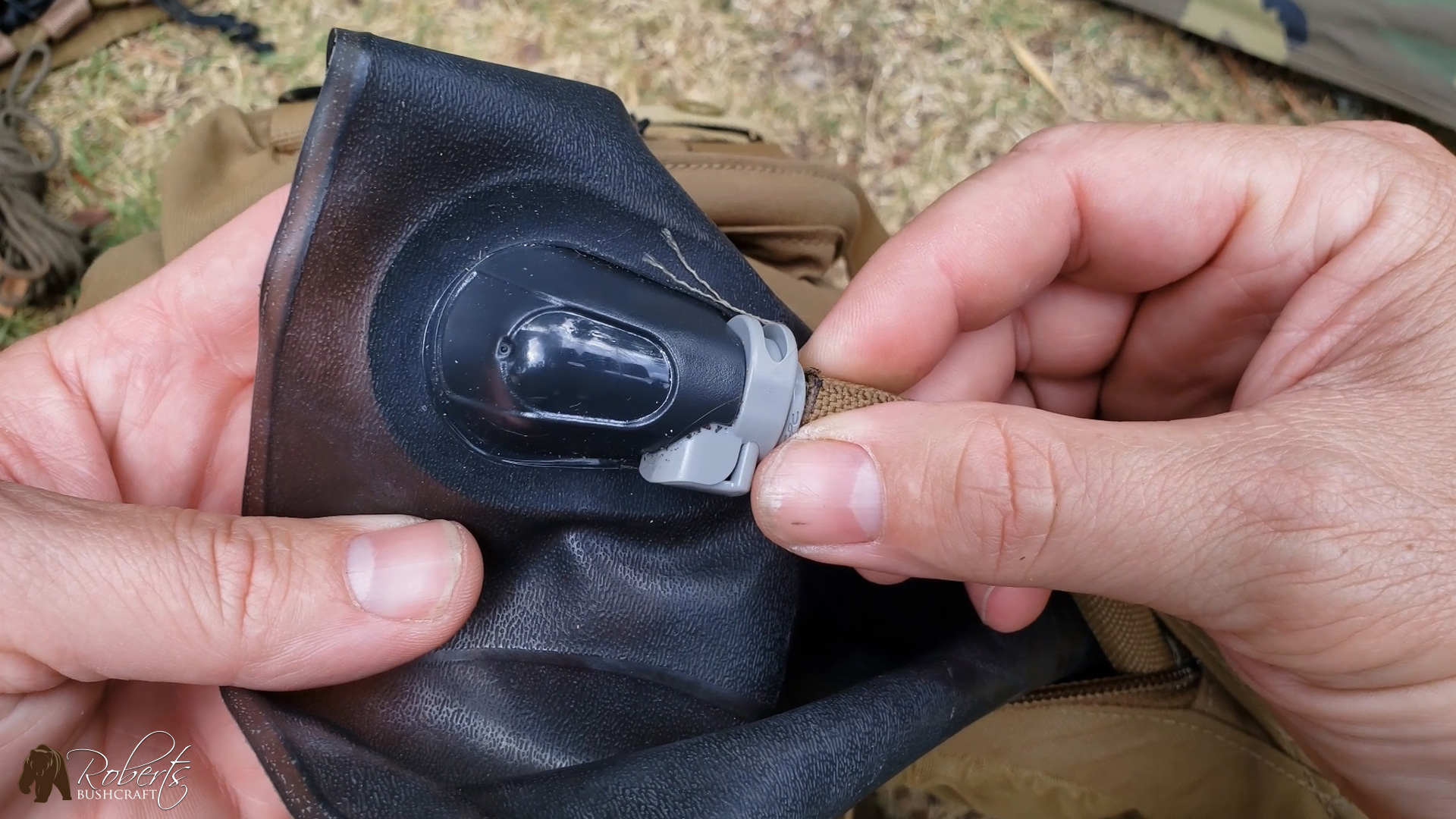 The covered 46" drinking hose tube has a quick disconnect feature on both ends that allows for an easy takedown, cleaning, and even refilling. New USMC FILBE Hydration Carrier backpacks have a clip on the hose that allows you to secure the hose to the front of your pack or chest. 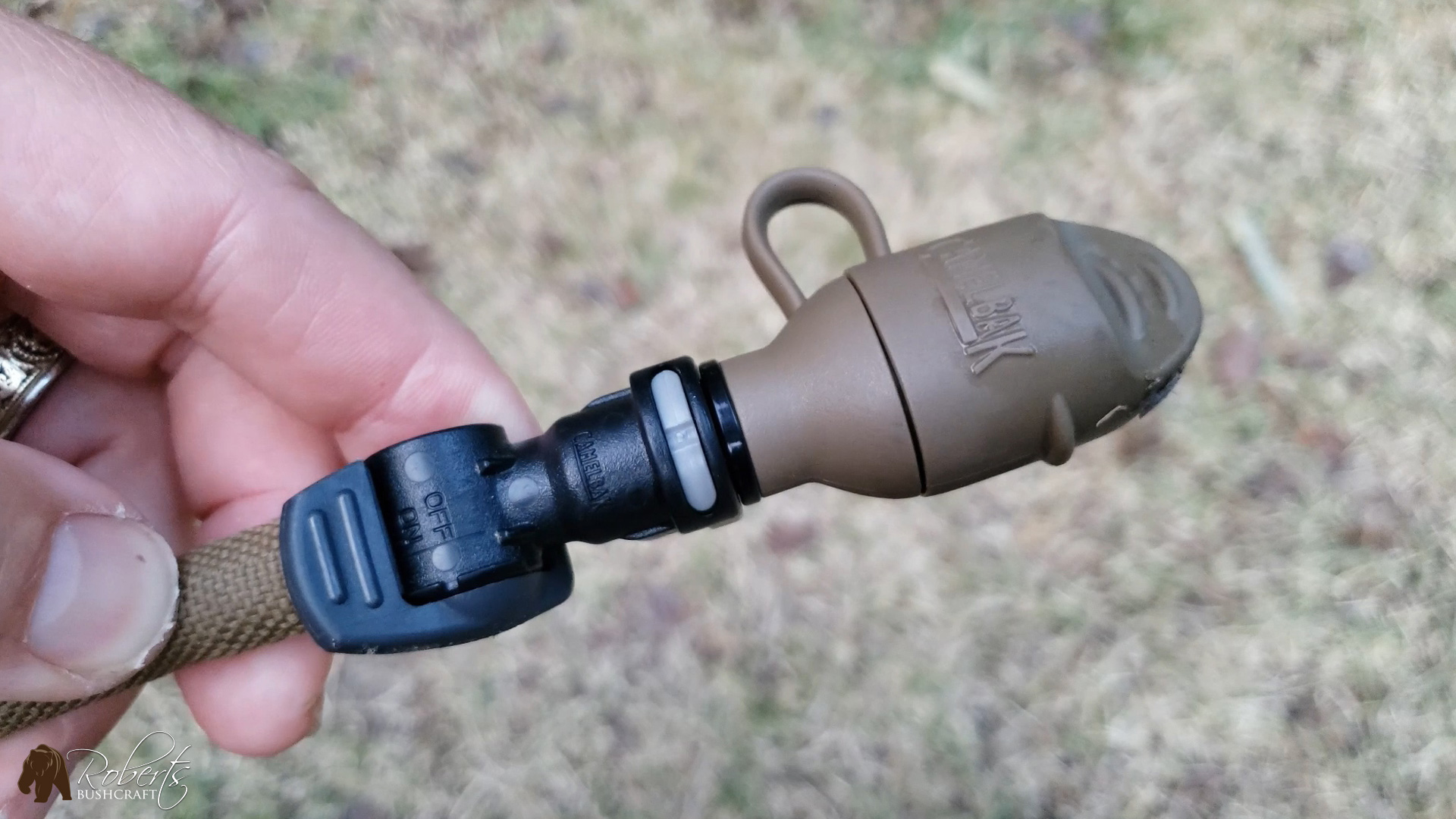 The hose is equipped with an on/off valve near the bite valve and that prevent leaks while the USMC FILBE hydration system is not actively being used. The bite valve is capped to keep it clean.

This more than just a reservoir, the Mil-Spec Antidote Reservoir redefines the ultimate delivery system for an operator's water supply and provides maximum adaptability for changing missions or combat environments. Includes our Quick Link™ Exit Port and QL HydroLock™ Bite Valve Adapter. It can also be used as an emergency personal flotation device when inflated.